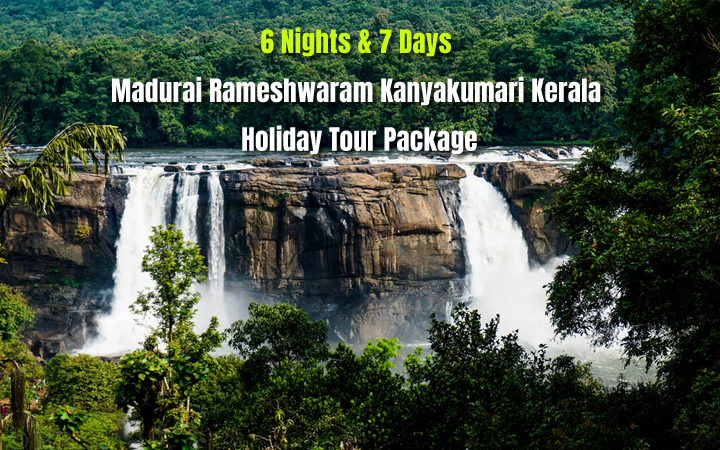 It's an honour for us to host you on this wonderful journey of a lifetime. Perhaps you want to discover the famous temples in Madurai or admire the beauty of the sea at Rameswaram. Maybe you're an adventure junkie and want to explore some beautiful places in Kanyakumari. Whatever you have in mind, we're here to help you create your dream holiday tour.Munnar is considered one of the most beautiful tourist places in Kerala.All our tour operators are highly experienced and friendly. They'll be there with you every step of the way to make sure everything goes smoothly when you travel with us.

We look forward to hosting you on your next trip!

Madurai appearance and Transfer to Hotel. After invigorate continue for nearby touring. Madurai Meenakshi Temple, Meenakshi Temple, is a noteworthy Hindu sanctuary situated on the southern bank of the Vaigai River in the sanctuary city of Madurai, Tamil Nadu, India. It is committed to Meenakshi, a type of Parvati, and her partner, Sundareshwar, a type of Shiva. Alazhar Temple, Azhagar koil is arranged 20 kms from the city of Madurai. ... It is a delightful sanctuary with Varadaraja Perumal as the principal divinity. It is an old sanctuary. The principal god should be visible very close and it is wonderful. short term visit in Madurai.

After breakfast move to visit neighborhood touring like, Palamudhircholai, Pazhamudircholai Murugan Temple is a Hindu sanctuary, situated around 25 kilometers north of Madurai, India on a slope covered with thick woods. One of the six significant houses of Lord Muruga, it is near the Vishnu sanctuary of Azhagar Kovil. Thiruparankundram, Thiruparankundram is another town in Madurai area in Tamil Nadu, India. The region is essential for Madurai Municipal Corporation and the principal neighborhood body political race for the organization was hung on 18 October 2011. Tirupparaṅkuṉṟam is known for the Thirupparamkunram Murugan sanctuary, which is one of the Six Abodes of Murugan. Mariamman Water Tank, Gandhi Museum, Thirumalai Nayakar Mahal. short term visit in Madurai.

After breakfast look at from lodging move to Rameshwaram. in the wake of checking revive than move to Pamban Bridge, Ramanatha Swamy Temple, Ramar Patham, Kothandaramaswamy Temple. Short term visit in Rameshwaram.

weckup early morning move to Agni Theertham, Dhanuskodi, Hanuman Temple, Floating Stone, Dhanushkodi is a neglected town at the south-eastern tip of Pamban Island of the territory of Tamil Nadu in India. It is south-east of Pamban and is around 24 kilometers west of Talaimannar in Sri Lanka. The town was annihilated during the 1964 Rameswaram tornado and stays uninhabited in the repercussions. after that look at from lodging move to Kanyakumari. short term visit in Kanyakumari.

After breakfast look at from lodging move to Rock memotrial, sun set point and sun rise point and entire day Kanyakumari after that transition to Trivandrum. short term visit in Trivandrum.

after breakfast move to neighborhood touring, Alleppey, Munnar, Wayanad, Cochin, Kovalam, Varkala, Thekkady, Kumarakom, Idukki, Bekal, Thrissur, Kasargod, Vaganom, Kollam, Kuttanad and many more. There are so many places to visit in Kerala that even a week's trip is not enough. It is such a beautiful and charismatic land that it is known as God's own country.. short term visit in Kerala.

After breakfast check out from hotel Drop to Airport / Railway Station.

Cost Included of Below Elements

Tours and Travels in Madurai

Best Tours and Travels in Madurai